The Policy Framework encompasses a framework describing how to gain the feeling of empowerment within your health. The base of the framework is composed of the AMO framework, a model in order to change behavior. We’ve adapted the model in a way that it results in an empowered feeling.

The Policy Framework has been delivered in November 2019. The original document can be accessed at the bottom of the page. However, we recommend reading the Digital Magazine first! The Digital Magazine includes a short introduction, the model and the most important results of the document, followed by a preview of our Policy Proposal.

The second and last document, the Policy Proposal, was finalized in November 2020 and adopted on the 18th eHealth Network meeting. The four priority areas of the Policy Proposal are: Legislation, trust as key, integration & interoperability, quality standards & assessment, users at the centre, digital health literacy of people, behavioural change through motivation, awareness/involvement of the social environment, awareness/involvement of health professionals.

The Policy Proposal is aligned with the strategic goal of the eHealth Network to work towards the implementation of patient-centred eHealth solutions in all Member States and to equip people with the adequate digital tools and skills for people empowerment. Therefore, the purpose of the document is to present a policy proposal with a broad list of focus points and recommendations for adoption by Member States in order to improve the empowerment of their citizens.

To help Member States to implement the recommendations we are organising two workshops and a brief deliverable in the form of a easily consumable two-pager in the beginning of 2021.

Bellow you may find our timeline, displaying WP4’s biggest milestones.

After the D4.2 Policy Proposal was approved by the eHN in November 2020, the digital magazine needed to be updated. We summarized the results of the proposal and delivered a new version. The new digital magazine will be published online and disseminated among the consortium in February 2021.

11th and 12th of June: Digital workshops per priority area 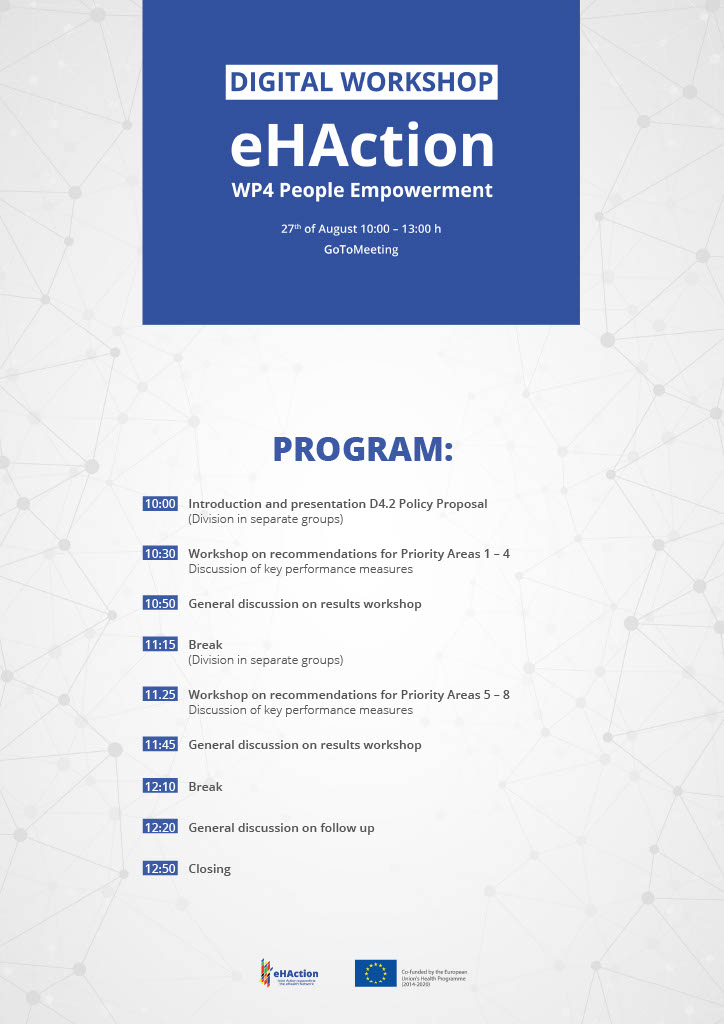 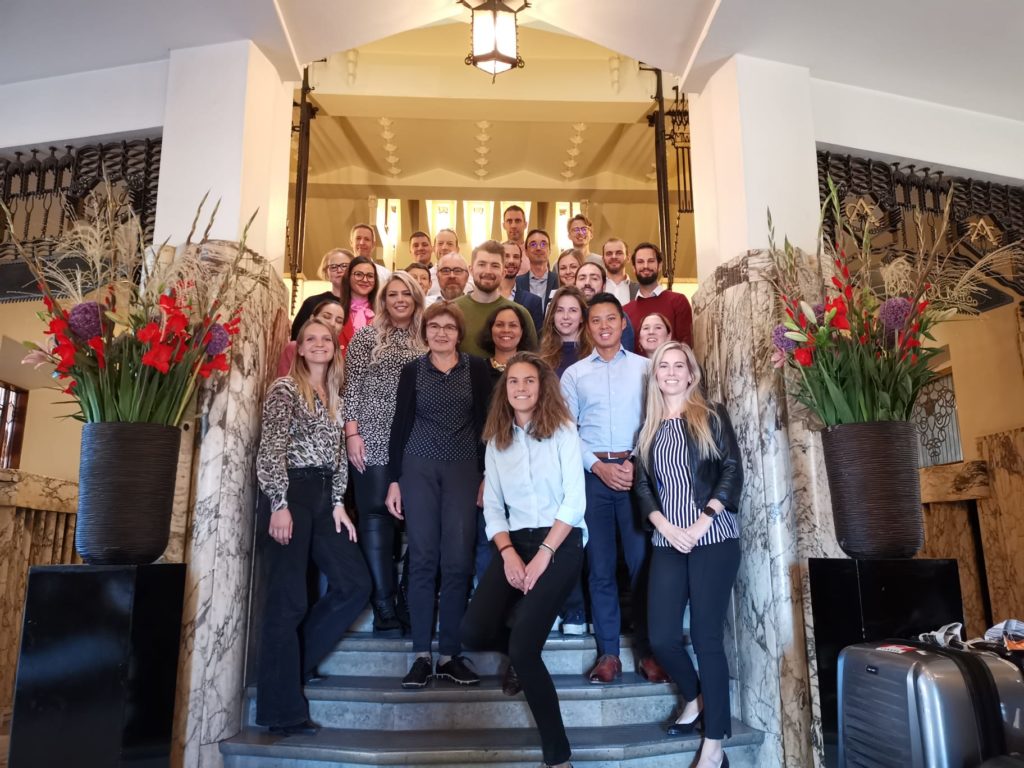 On the 19th and 20th of September, the WP4 leaders organised the “People Empowerment Workshop” in Amsterdam. Each WP4 task contributors and stakeholders took part in brainstorming sessions on the deliverable D4.1 Policy Framework on People Empowerment, and discussed the results of the different tasks and consolidated relevant information about the collected data. On the second day, stakeholders presented the projects they are involved in and gave contributions about policy making and proposals in the field of health, focusing on People Empowerment. The workshop resulted in defined priorities and verified the structure of the deliverable D4.2 Policy Proposal.
The program of the meeting can be found here.